When used about two centrist figures, these words infuriate many on the left. 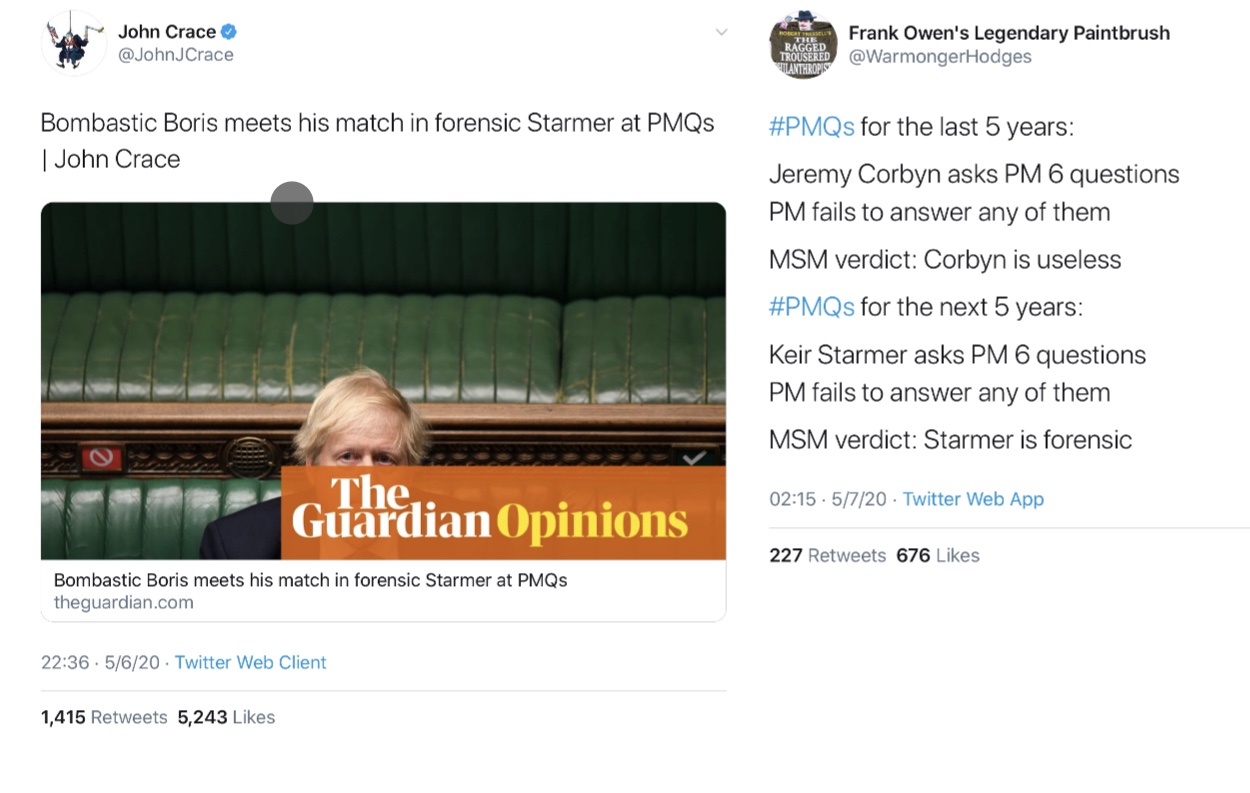 “Forensic” is used ad nauseam to describe Keir Starmer’s interactions with the government and “plans” was a key part of Elizabeth Warren’s brand.

The deployment of these words is an interesting and easily understood example of an important communications concept.

We can adapt an idea from semiotics and look at these words as signs. Very simply put, a sign consists of:

“Forensic” is the signifier and what is signified is Starmer’s leadership and communication style. In this usage of the sign, several things are signified including:

For the commentariat, professional managerial class and others opposed to Corbyn, “Forensic” acts as a short-hand for these virtues,

Similarly, “plans” was a sign for the pro-Warren liberals who were opposed to Bernie Sanders. It signified how her technocratic reform capitalism differed from Bernie’s left populism.

View all posts by RH

This site uses Akismet to reduce spam. Learn how your comment data is processed.