Despite criticism for being soft, it was clear that Keir Starmer had a methodical communications plan for engaging with the Tory government’s failures in tackling COVID-19. I outlined his approach in a series of tweets and this was proved correct.

It’s been possible to see Starmer’s structured approach unfurl in real time. He initially appeared to have two primary aims: 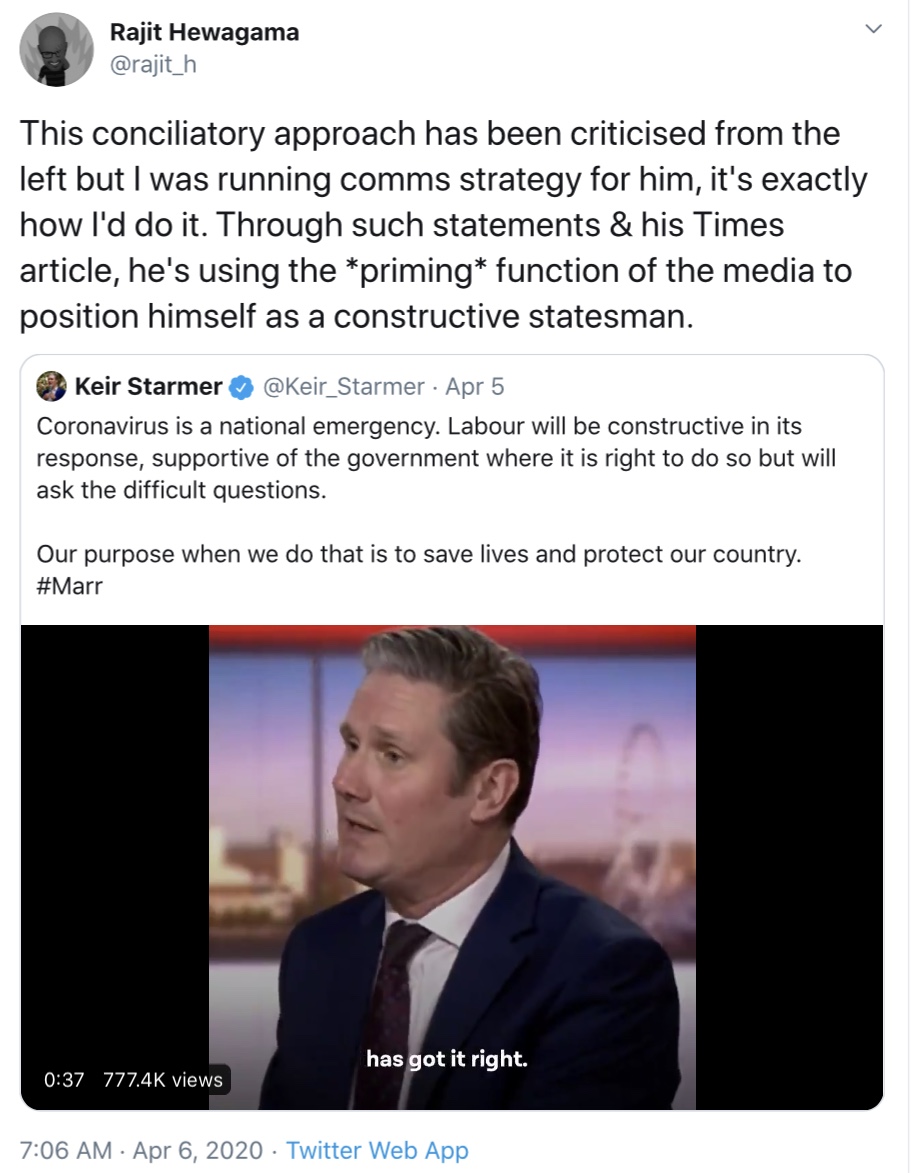 This was all the more important given the unrelenting hostility towards the previous Labour leadership from the press.

There was then gradually more confrontational messaging while operating in the “constructive critcism” paradigm. 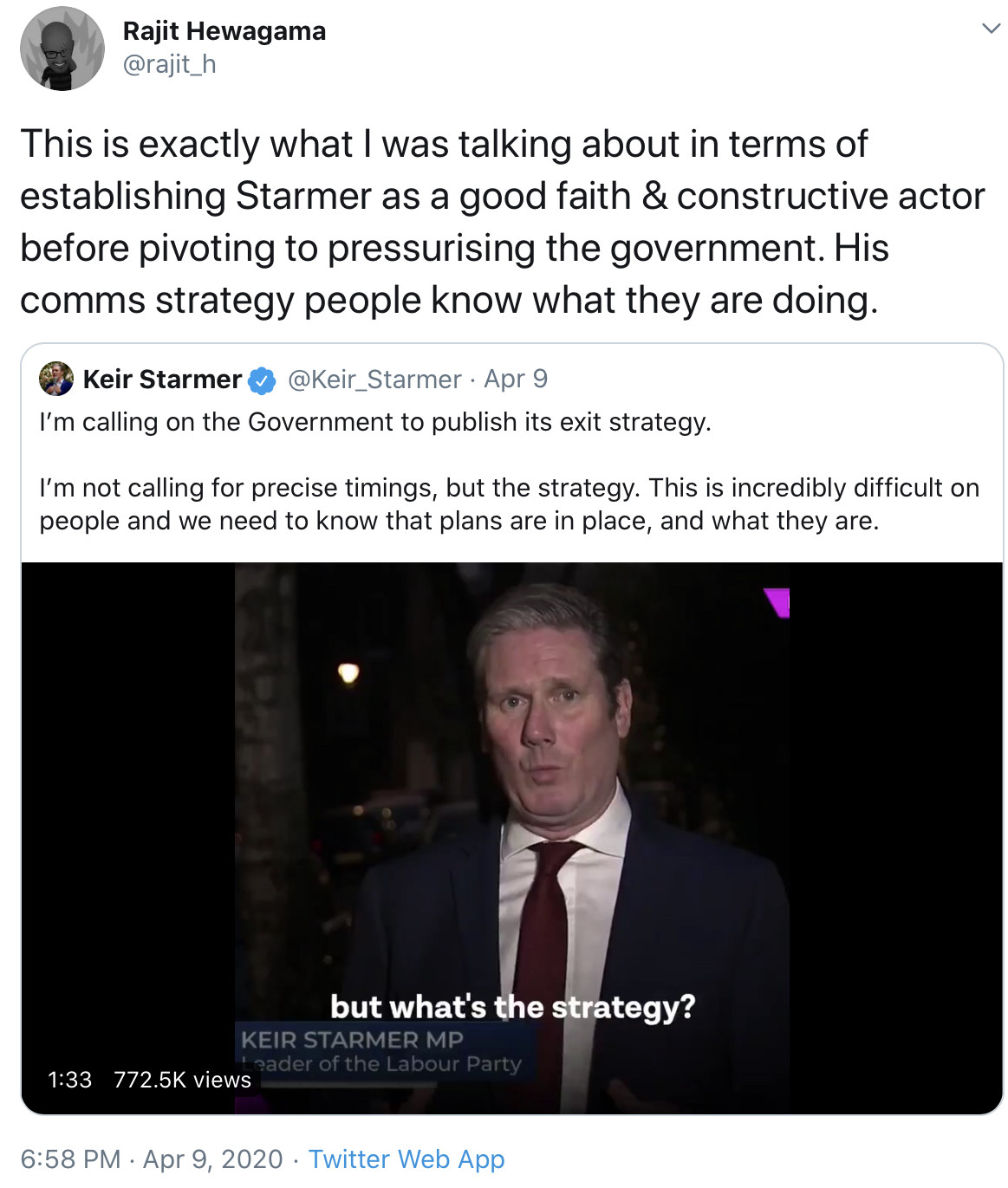 This was followed by more overt questioning of the Government’s action. Though, as I pointed out with some amusement, Starmer’s comms appeared almost too structured.

Currently, there is a two-fold approach, with Starmer positioning himself as speaking on behalf of the public, while a member of the shadow cabinet uses more confrontational language.

View all posts by RH

This site uses Akismet to reduce spam. Learn how your comment data is processed.